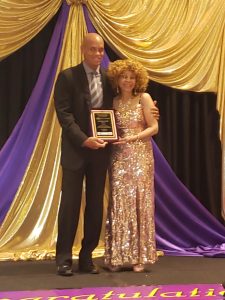 Cizmic has received the 2019 Outstanding Minority Entrepreneurs and Advocates Award by the US Department of Commerce Minority Business Development Agency (MBDA) Export Center. Along with this award, Cizmic was honored as one of the 50 Most Powerful Minority Enterprises in South Florida. The award and recognition acknowledges Cizmic as a distinguished minority businesses who has made “remarkable strikes” in our respective industry and the communities we serve. It also shows appreciation for the impact we have had to the local and national US economy.

Having been in business since 2001, Cizmic has been a valued exporter of consulting and systems integration services to countries throughout the region. Our focus on quality and agility has allowed us to consistently enhance the economic development, security, and quality of life of the areas that we serve. This award is a testament to our successful track record and effective approach.

As part of the designation, members from the Cizmic team attended a gala held in downtown Miami hosted by the MBDA Export Center. Hundreds of representatives from other accomplished minority businesses along with their family members convened at the venue and watched as the hosts honored and highlighted some of the state’s top minority entrepreneurs.

One chief function of the MBDA Export Center is to offer technical assistance and advisory to local firms with the goal of spurring growth and bolstering access to financing, project opportunities, and new export markets. Realizing that minority businesses are among the fastest growing in the US and a significant growth driver for the nation, the MBDA Export Center extends resources and one-on-one support to these firms helping grow their organizations and strengthen their global competitiveness.

Relevant Content from Cizmic’s advisors and thought leaders delivered to your inbox.